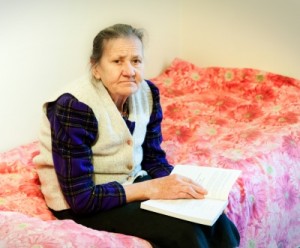 Numbers are being released showing that the impending retirement crisis may be worse than originally thought.

Half of Americans have less than $10,000 in savings.  Nearly half of the oldest Baby Boomer generation have insufficient resources to pay for basic retirement living expenses and healthcare costs.

The Center for Retirement Research at Boston College estimates that our “retirement income deficit” is $6.6 trillion. That number represents the gap between pension and retirement savings that American households have today and what they should have to maintain their standard of living in retirement.

Over 6 million American seniors are living in poverty.  This number is expected to grow by 33% by the year 2020.

These stats are concerning not only for the retirees, but also their families. A reverse mortgage can help by becoming an important piece of retirement planning. Seniors, 62 years and older now have the ability to fund or protect their retirement using the equity in their homes, alleviating mortgage payments, and receiving the funds via a line of credit, monthly payments, or at times a lump sum.  In addition, a reverse mortgage can now be used to purchase a home!

For many, this option makes a world of difference, allowing for the sought after prosperous retirement years instead of barely scraping by on a budget. And the reverse mortgage funds can be used for any purpose the borrower chooses, and is often used to help with every day expenses, for long term medical costs, or to guard assets.