3 Important Changes for Reverse Mortgages in 2017 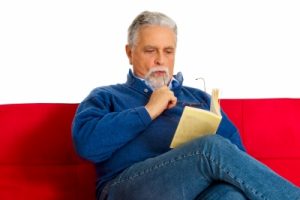 The reverse mortgage program is constantly evolving and has been since it’s inception nearly six decades ago.  With the ever changing needs of older Americans and the revolving door of politics, making positive movement is a necessary part of the big picture, and these changes are largely beneficial to the industry as a whole and it’s consumers.

Increased Loan Limits – The loan limit for HECM reverse mortgages is increasing for the first time in nearly a decade.  The limit will change from $625,500 to $636,150.  The FHA made the limit increase announcement on December 1, 2016 and it went into effect on January 1, 2017. This new limit will apply only to case numbers issued on or after January 1, 2017.

Interest Rates Likely To Rise – In December 2016 the Federal Reserve raised interest rates for the very first time since 2009 and it’s been indicated they expect to raise rates three more times in 2017.  For those considering a reverse mortgage, the current interest rate is a factor in how much they can borrow but once a homeowner has a reverse mortgage secured on their home, they lock in the interest rate. In addition, the funds available will increase over time when using the line of credit option based on interest rates.

Rising Home Prices – Home values in many markets are nearly back to where they were 10 years ago prior to the housing collapse.  Because another factor that goes into how much a borrower can receive from a reverse mortgage is the appraised value of the home, this is important to the industry and those tapping into the equity of their home.

Reverse mortgage is an individualized, specialized loan for those 62 and older that allows seniors to tap into the equity of their home while living mortgage and loan payment free. The funds can be accessed via a lump sum, line of credit, monthly installments, or even to purchase a home.